The Moon’s Locked On

Ever notice that we always see the same side of the moon? If all planets rotate, and all moons rotate, and even the sun rotates, why is it that our moon doesn’t seem to?

In fact, it does, but it’s our fault we only see one side. The moon is in Tidal Lock with the Earth.

We all know the tide to be something very specific: the water in the ocean goes up and down throughout the day. It is caused by the gravitational tug of the Sun and the Moon, when the Sun is directly overhead, there is a tendency for water to rise a few feet in some locations. If both Sun and Moon are overhead, then we get the Spring Tide when levels are particularly high.

What’s that Got to do With the Moon?

Interestingly enough, the Moon suffers the same ailment, and to the Moon, we’re its Sun.

Many many (MANY) years ago, when the moon was originally created, it was rotating just like any other satellite. Over time, however, the surface of the moon was deformed ever so slightly, made oblong, with the pointy end facing the Earth: 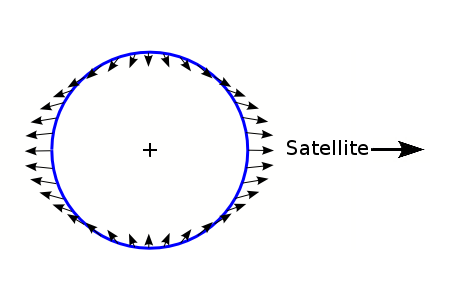 As the moon rotates, it keeps this bulgy shape, but now the pointy end isn’t pointing towards Earth anymore. Earth’s gravity will try to reshape the moon so the pointy end points towards the Earth, but since the Moon is made out of rock, that’s not so easy.

The result is that the Earth produces a force that tugs on that bulge, into something called Bulge Dragging. (editor’s note: searching for “bulge dragging” images on Google can be a disturbing experience, I ended up settling for a Wikipedia image.) 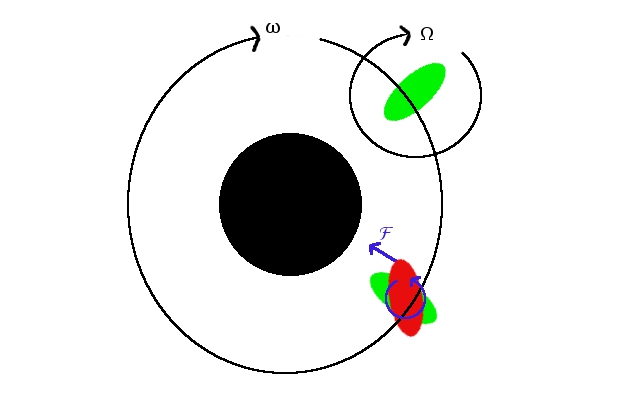 The Moon spins, but it has a bulge the Earth can tug on

In the top green Moon, the Earth’s gravitation re-shapes its surface. In the bottom one, the Moon has rotated to its red configuration, but Earth still tugs on the bulge (creating torque), and tries to keep the bulge facing towards itself. Since the tug is stronger than the Earth’s ability to re-shape the Moon, the Moon slows down more and more until one day it stops giving us a different face. If the moon were made out of water, it would be so easy to re-shape the bulge that the Earth would never have a sideways bulge to tug on!

So in a nutshell, our intense gravitational field made the Moon into a bulgy shape, giving us a bulge to tug on. Since the Moon is hard, it’s not easy for that bulge to flow across its surface, we exerted torque on the Moon until we eventually left it permanently oblong in the same direction, and we shall never see the other side of the Moon from Earth.

The moon is not perfectly still to our eyes, however, because all of this we just described is true to the center of the Earth, and we’re really just on its surface. Also, the Moon has an eccentric orbit, and our spin direction and the Moon’s are different. This effect has us see slightly more of the Moon’s surface over the course of time, but over a long period of time, we can see almost 60% of the Moon (so that’s an extra 10%). Here’s a simulated image showing Lunar Libration:

The other side is interesting: it’s seen too many space collisions. This makes sense, since the part that faces us is a lot less likely to be hit by asteroids or comets.

It’s nothing like what we’re used to. It was only recently photographed. We call it the Far Side of the Moon. (Note to Pink Floyd fans: there’s no “dark side” of the moon, all sides are equally lit as the Moon travels around its orbit.) 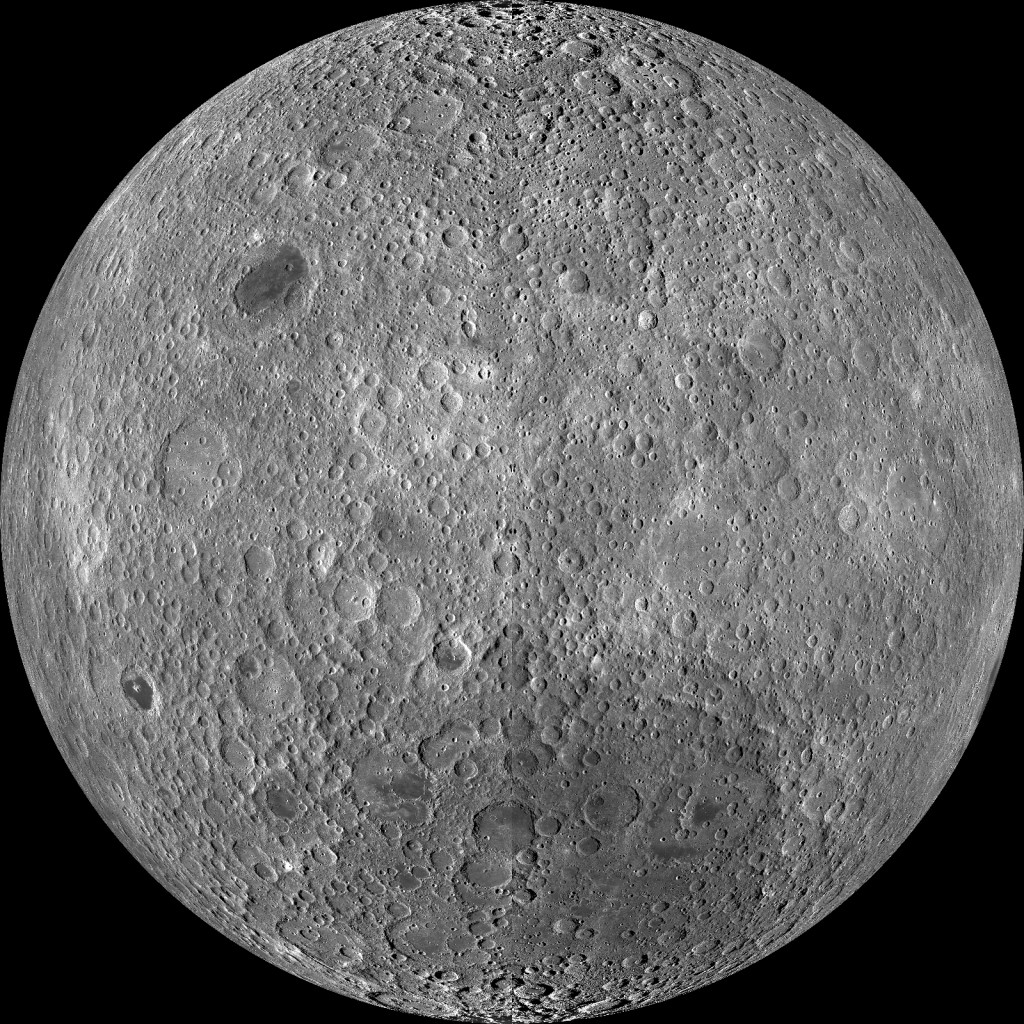 Like Loading...
Posted under Astrophysics and tagged with astrophysics, dark side, far side, moon, tidal locking
Comments (1)